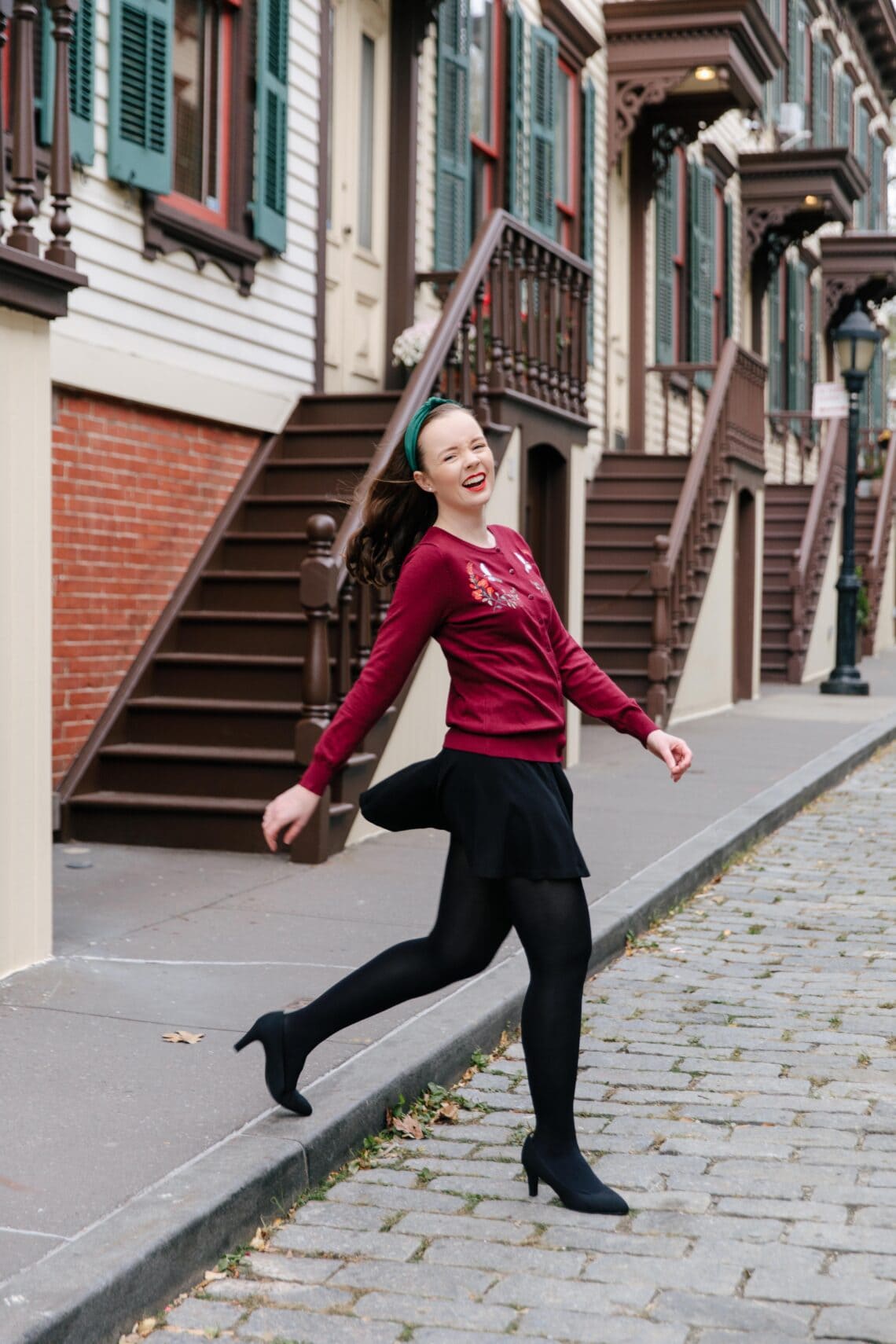 Sometimes inspiration only serves as a template. A.k.a. my original plan completely falls through. I am not too big to admit that this happens to me. When I got this burgundy embroidered cardigan from Grace Karin I was so exciting to style it against the inspiration drawing below. I ordered a few different options, but nothing was working. Realizing it just wasn’t going to happen I decided to draw on the inspiration’s general types of pieces to make this embroidered cardigan holiday style outfit happen.

I choose this Pendleton advertisement mainly for the fact that she was wearing a similarly shaped cardigan and the general outfit had some of the same colors as my cardigan.

Where my eye was drawn:

Trick: Use the image as a template

Using the elements to put this embroidered cardigan holiday style outfit together:

To be quite honest I had a hard time accepting that this outfit was not going to work how I had planned it. I was so excited when I ordered the items to match the inspiration drawing. I was so sure that they were going to work. Feeling frustrated I even considered trying to find a new source of inspiration.

But then I remembered that this isn’t the first time I have had this happen. Being real is very important to me. I don’t really like influencers who put on a sparkly show of perfection. I decided to just own the situation show how I make due when things don’t workout. 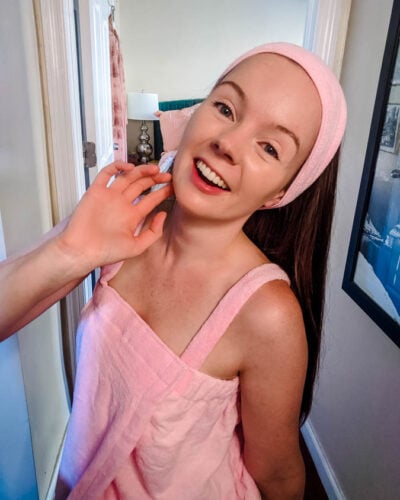 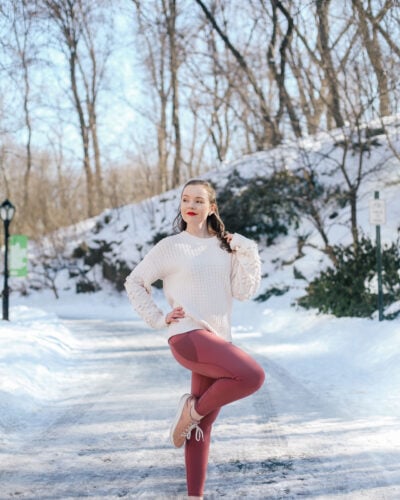 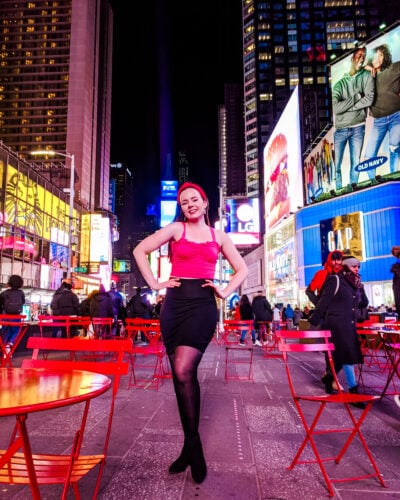 6 Secrets to Preventing Burnout at a Trade Show

How to listen to your gut and ignore the naysayers

5 Simple Steps To Using Your Personal Style To Beat Burnout 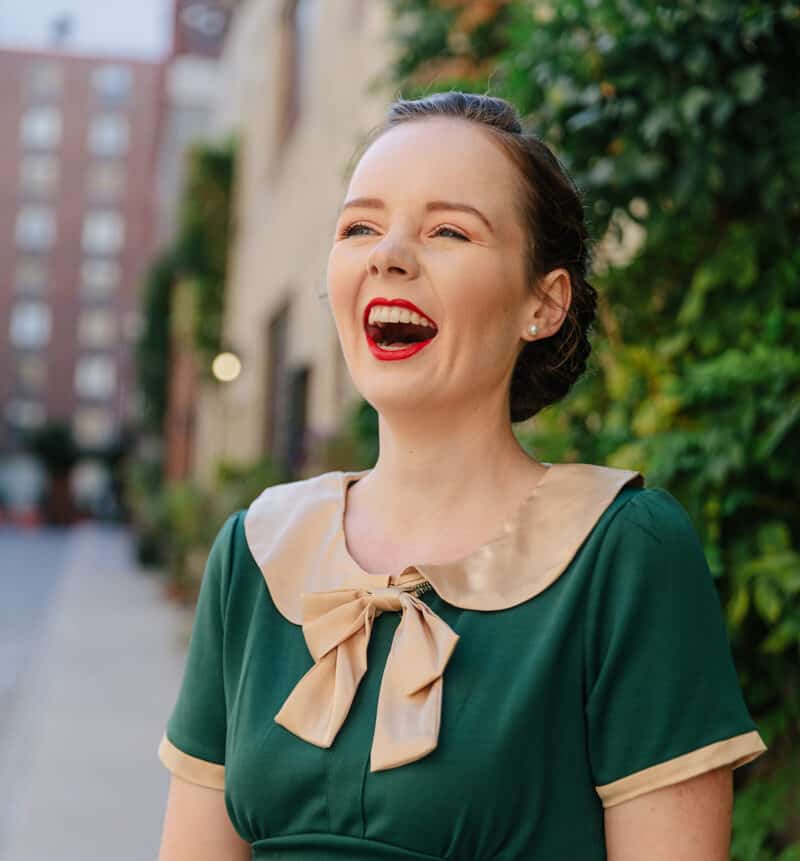 As a Fashion Stylist Institute graduate and AICI certified virtual personal stylist, I will empower you with the style tools you need to look your best at every big scary business meeting, hot first date, or major party of the season.With my help you’ll be equipped with style tricks that will save you time and money and make you excited to show off your lewk any time someone exclaims “let’s take a photo for my story!”

how to know if you have overcome burnout #burnout

how to feel gratitude without guilt 🦃🥧 #gra

how purging your closet is purging emotional bagga

how to feel confident in your style #styleandconf